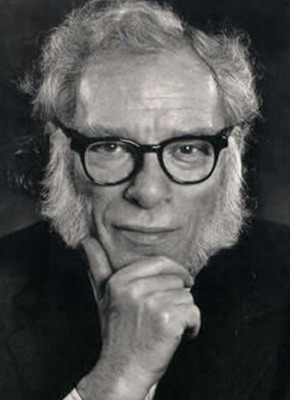 Isaac Asimov was the most famous, most honored, most widely read, and most beloved science fiction author of all time. In his five decades as an author, he wrote more than four hundred books, won every award his readers and colleagues could contrive to give him, and provided pleasure and insight to millions.

Isaac Asimov was born in Russia in 1920 and grew up in the USA. His fantastic career as a science fiction writer began in 1939 with the appearence of a short story 'Marooned Off Vesta', in Amazing Stories. He won the Hugo Award four times and the Nebula Award once. With nearly five hundred books to his name and several hundred articles, Asimov's output was prolific by any standards. He died in 1992 at the age of 72.