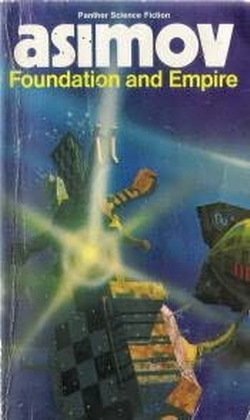 Titles no. 02 in the Series:Original Foundation Trilogy

Catastrophic events unfold as predicted by Hari Seldon. The First Galactic Empire is crumbling at its centre; conflict rages at its periphery, where the Traders of the Foundation based on Terminus have become a mighty power.