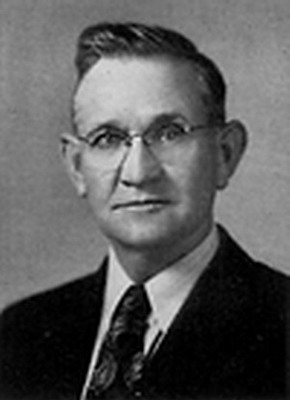 Edward Elmer Smith, Ph.D, was a writer of SF novels from the late twenties until his death in the mid sixties. He is perhaps the first author to write recognisable "Space Opera" novels, with his Skylark and Lensman series ("Triplanetary", "First Lensman", "Galactic Patrol", "Grey Lensman", "Second Stage Lensman", "Children of the Lens" and "Masters of the Vortex"). The latter books in particular featured not-implausible science (based on what was believed at the time it was written), a meticulously detailed plot spread over several self contained stories, characters changing and developing, space battles on a galactic scale and truly awesome weaponry. It was a source of inspiration for the "Green Lantern" comics, and was also one of the first SF series to portray any strong female characters, with Clarissa MacDougal (the "Red Lensman") and her daughters fully the equal of anyone they met. "The Skylark of Space" is a strong contender for the first SF book set outside the solar system.

Edward Elmer Smith was born in Sheboygan, Wisconsin on May 2 1890. Upon leaving schoool he worked as a manual labourer until he hurt his wrist whilst trying to escape a fire. In 1914 he graduated with two degrees in Chemical Engineering and in 1917 recieved a Masters Degree in Chemistry.

In 1915 he married Jeanne Craig MacDougall, whos sister I believe was the origin of the name of the heroine of the lensman series Clarissa MacDougall.

Except for a period working for the army, Smith worked until his retirement as a chemist in the food industry.