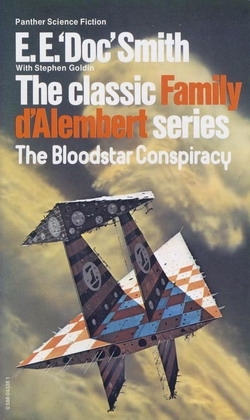 novel no. 05 in the Series: Family d'Alembert

Royalty of Death: The Marquis who stepped into a sabotaged elevator; The Viscountess burned in a fire that was set deliberately; The two Dukes cut down by alien terrorists. The Empire's boldest agents--Jules and Wette d'Alembert--blast off against the most dangerous conspiracy in the Galaxy. But even the lightning-powers inherited from their triple-gravity planet are no match for their adversary, the beautiful and ruthless star-warrior called..Lady A.

Next title
06: The Purity Plot