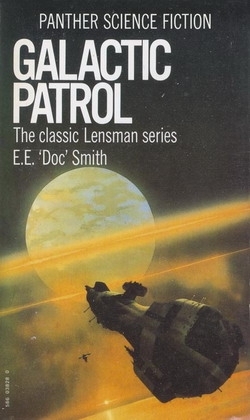 novel no. 03 in the Series: Lensman

Galactic Patrol is a science fiction novel by American author E. E. Smith. The novel was originally serialized in the magazine Astounding in 1937. The stories in this volume were the first parts written of the original Lensman saga. It was later published in book form in 1950 by Fantasy Press. Although portions of Triplanetary were written earlier, they were not originally part of the Lensman story and were only later revised to connect them to the rest of the series. First Lensman was written later to bridge the events in Triplanetary to those in Galactic Patrol.