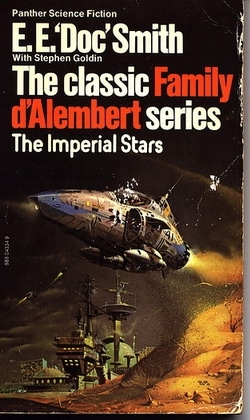 novel no. 01 in the Series: Family d'Alembert

The Empire of Earth, spanning more than a thousand star systems, is threatened by a conspiracy from within. Now, with more than three-quarters of the Galaxy ready to fall into enemy hands, the Empire is forced to call on its top-secret weapon: the renowned Circus of the Galaxy featuring the d'Alembert family, a clan of circus performers with uncanny abilities. But even these super agents may not be in time to save the Empire.