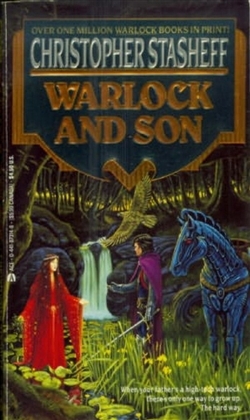 novel no. 11 in the Series: Warlock Of Gramarye

Even the son of a warlock gets restless sometimes. And when Magnus sets off to see the world, his father, Rod Gallowglass, and the robot horse, Fess, can't resist trailing behind. Someone's got to protect young Magnus from spellbinding witches, enchanted maidens, and jealous husbands. But despite his dad's best intentions, when Magnus is faced with the worst dangers and responsibilities of growing up, he's on his own.

Next title
12: The Warlocks Last Ride