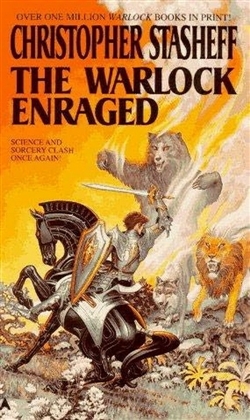 novel no. 04 in the Series: Warlock Of Gramarye

Something sinister is creeping over the northern duchy of Gramarye. Fleeing refugees carry rumors of a warlock army conquering barony after barony. The Lord High Warlock of Gramarye, Rod Gallowglass, is sent to investigate, accompanied by his wife and children. But before he can confront the rebel sorcerer, Rod must find a way to reign in his violent, explosive temper. If he loses control at the wrong moment, he'll lose more than his temper, he'll lose his head - or, worse, his family!

Next title
05: The Warlock Wandering