A Wizard In The Way 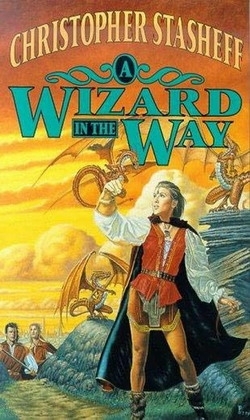 novel no. 09 in the Series: Rogue Wizard

Interplanetary liberators Magnus and Alea land on the lost colony planet of Oldeira, where the peasantry live in fear. Ghosts and dragons fill the woods, mutants and madmen lurk in the ancient abandoned cities, and the local Magician Lords are as likely to abuse their peasants as protect them.

Worse, the common folk have given up all thought of resistance. How can they fight back against mystical powers they can't even see, let alone understand? Even if they could overthrow their Magician Lord, who would protect them from the ghosts, dragons, and other magicians? No, life may be harsh, but at least it's stable... so they've resigned themselves to their fate.

Can Magnus and Alea convince the downtrodden to fight back, to believe that they CAN fight back? Thankfully, they have a secret weapon: The Way, a competing philosophy of passive resistance. But when the Magician Lords move to crush the movement with armies of ghosts... will it be enough?

Previous title
08: A Wizard And A Warlord