A Wizard In Peace 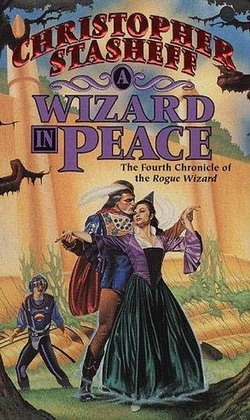 novel no. 05 in the Series: Rogue Wizard

Interstellar liberator Magnus Gallowglass, the renegade psychic wizard, travels the stars fighting injustice and oppression. But this time the Rogue Wizard may have encountered a tyrant even he can't overthrow: a stern Protector whose oppressive regime makes Oliver Cromwell's Commonwealth look like a Sunday-school picnic. For hundreds of years, this lost colony planet has preserved order by dictating every detail of its citizens' lives - where they live, what they think, even whom they may love and marry. Any dissent is punished with the torturer's rack. So successful is this brutal system that Magnus is hard-pressed to find anyone willing to oppose it - until he recruits a pair of star-crossed lovers to lead the revolution, and reeducates a band of deluded would-be aristocrats to become the planet's new rulers.

Previous title
04: A Wizard In War

Next title
06: A Wizard In Chaos