A Wizard In Absentia 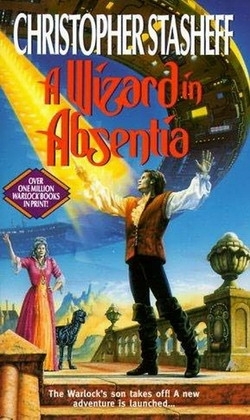 novel no. 01 in the Series: Rogue Wizard

His father's a warlock; his mother, a witch; together, they’re the most powerful wizards in the world--or so it seems on the planet Gramarye, where modern technology is the ultimate "magic." Now their son Magnus Gallowglass, tired of standing in his parents' shadow, is leaving home - in a starship driven by the brain of the robo-horse Fess - in search of fame and fortune. It's one small step for science - one giant leap for wizardry!

But for someone raised on a medieval planet, the modern world is strange and confusing place, full of treacherous people and unexpected dangers. Is Magnus well on his way to creating his own legend? Or destined for trouble, failure, and an early grave?

Next title
02: A Wizard In Mind