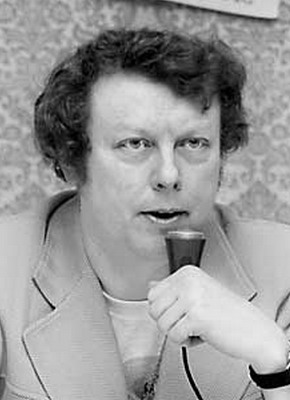 Gordon Rupert Dickson (November 1, 1923 – January 31, 2001) was a Canadian-American science fiction writer. He was inducted into the Science Fiction and Fantasy Hall of Fame in 2000.

Dickson was born in Edmonton, Alberta, in 1923. After the death of his father, he moved with his mother to Minneapolis, Minnesota, in 1937. He served in the United States Army, from 1943 to 1946, and received a Bachelor of Arts from the University of Minnesota, in 1948. From 1948 through 1950 he attended the University of Minnesota for graduate work.[citation needed] His first published speculative fiction was the short story "Trespass!", written jointly with Poul Anderson, in the Spring 1950 issue of Fantastic Stories Quarterly (ed. Sam Merwin), the inaugural number of Fantastic Story Magazine as it came to be titled. Next year three of his solo efforts were published by John W. Campbell in Astounding Science Fiction and one appeared in Planet Stories. Anderson and Dickson also inaugurated the Hoka series with "The Sheriff of Canyon Gulch" (Other Worlds Science Stories, May 1951).

Dickson's series of novels include the Childe Cycle and the Dragon Knight. He won three Hugo awards and one Nebula award.

For a great part of his life, he suffered from the effects of asthma. He died of complications from severe asthma.