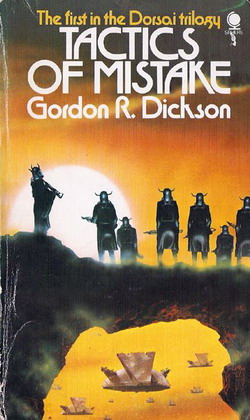 Novel no. 02 in the Series: Childe Cycle

The fourth book written, it is chronologically the second book of the childe cycle, occurring roughly a century after Necromancer, and a century before Dorsai!. The primary character, Cletus Grahame, is the ancestor of the key characters in later works: the twins, Ian and Kensie Graeme, and their nephew, Donal Graeme. (The spelling of the last name was changed in intervening generations.)

The key theme here is the development of the Dorsai culture, and the creation of the Dorsai military model which makes their soldiers the best among all the settled worlds. It also shows the growth of the separate planetary cultures and their evolution to independence from Earth.

Next title
03: Soldier Ask Not