The Triumph Of Time

A Clash Of Cymbals 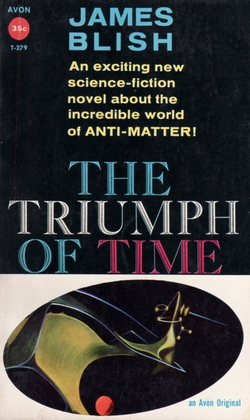 Novel no. 04 in the Series: Cities In Flight

When the scientists of the wandering planet, journeying through inter-galactic space, heard the sound of hydrogen atoms coming into existence out of nothing, they realized that they had accidentally discovered the birthplace of continuous creation. They had lifted the curtain and caught an instant's glimpse of the unknowable. But to have looked it full in the face could have been no more fatal. For later, much later, they were to learn that they had also uncovered mankind's Day of Judgment . . .