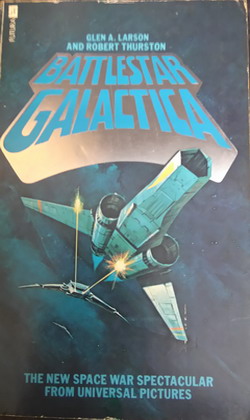 At the end of a bloody thousand-year war against an invincible enemy, an uneasy peace has finally been achieved between humans and the dreaded cyborg warriors of the Cylon Empire. But peace soon turns to bloodshed when the Cylons launch an unexpected attack against humanity's twelve Colonial worlds, wiping out most of the inhabitants. Written by series creator Glen A. Larson and author Robert Thurston, this volume collects for the first time the novelizations of two classic Battlestar Galactica television episodes: the pilot "Saga of a Star World" and "The Gun on Ice Planet Zero."