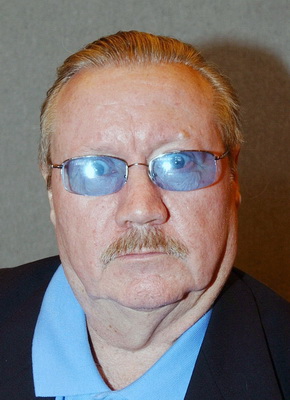 Glen Albert Larson (January 3, 1937 – November 14, 2014) was an American musician, television producer, writer and director. His best known work in television was as the creator of the television series Alias Smith and Jones, Battlestar Galactica, Buck Rogers in the 25th Century, Quincy, M.E., The Hardy Boys/Nancy Drew Mysteries, B. J. and the Bear, The Fall Guy, Magnum, P.I. and Knight Rider. In addition to his television work, Larson also was a member of the folk revival/satire group The Four Preps.