Alien: Out Of The Shadows 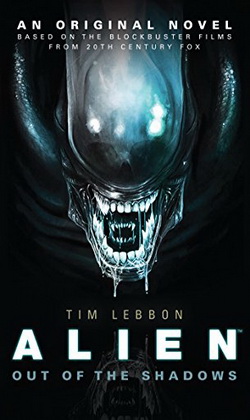 novel in the Series: Alien

The official new novel set between the events of Alien and Aliens An original novel based on the blockbuster films from 20th Century Fox Out Of The Shadows As a child, Chris Hooper dreamed of monsters. But in deep space, he found only darkness and isolation. Then on planet LV178, he and his fellow miners discovered a storm-scoured, sand-blasted hell—and trimonite, the hardest material known to man. When a shuttle crashes into the mining ship Marion, the miners learn that there was more than trimonite deep in the caverns. there was evil, hibernating—and waiting for suitable prey. Hoop and his associates uncover a nest of Xenomorphs, and hell takes on new meaning. Quickly they discover that their only hope lies with the unlikeliest of saviors... Ellen Ripley, the last human survivor of the salvage ship Nostromo.