A Wizard In Midgard 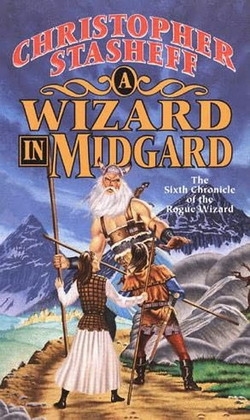 novel no. 07 in the Series: Rogue Wizard

Gar Pike, a.k.a. renegade psychic wizard Magnus D'Armand, finds himself on the distant planet Siegfried amid a lost colony modeled after medieval Scandinavia from Old Earth, complete with the Norse pantheon, dwarfs, and even giants.

But the three human races have hated each other since the dawn of time, and the planet is beleaguered by racism and prejudice. Giants, dwarves, and humans have waged constant war with each other for as long as anyone can remember.

It's a tough nut to crack, even for an experienced psychic liberator. Can Gar unify the peoples of Siegfried, teach them to tolerate and live with one another in peace? And, most importantly, can he teach the lonely girl Alea to live with and - dare he hope - love him?

Previous title
06: A Wizard In Chaos

Next title
08: A Wizard And A Warlord