The Warlock Is Missing 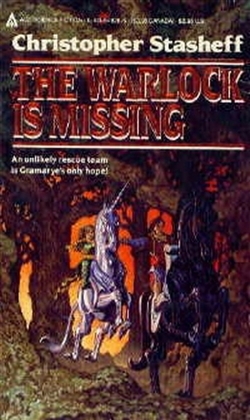 novel no. 06 in the Series: Warlock Of Gramarye

The Kingdom of Gramarye is spiraling into chaos, and the High Warlock is nowhere to be found. With their parents suddenly and suspiciously vanished, the four Gallowglass siblings - Magnus, Cordelia, Geoffrey, and Gregory - are all that stand between peaceful order and violent anarchy. But how can mere children, even with an elfin babysitter, stand against dragons and giants, witches and sorcerers? With armies on the march and monsters on the prowl, these four brave kids must work together and combine the skills of their mother's magic power with their father's training in order to save the kingdom... but only if they can save themselves first!

Next title
07: The Warlock Heretical