The Warlock In Spite Of Himself 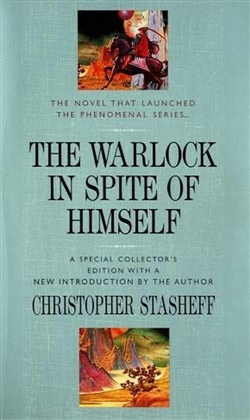 novel no. 01 in the Series: Warlock Of Gramarye

Rod Gallowglass is a man of science who does not believe in magic. ** Gramarye is a world of witches and warlocks. Of strange abilities and phenomena. A world where society mirrors Earth's own Middle Ages, and a world headed for doom. **

Rod Gallowglass must become a part of the local fabric to save the world from both itself and external forces that threaten its existence. But to do so, he must put aside his own convictions and beliefs, and become a warlock, in spite of himself. **

A grand adventure mixing science fi ction with elements of fantasy, this is the book that launched a whole series (fourteen books and counting).