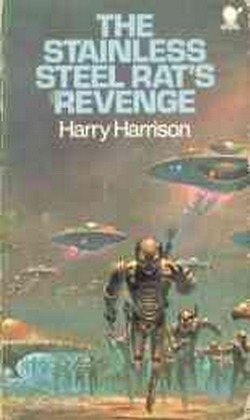 Novel no. 05 in the Series: The Stainless Steel Rat

It was totally impossible for Cliaand to wage interstellar war...but the crazy little planet was winning, whatever the odds. And there wasn't much the peaceful galaxy could do...except send Slippery Jim di Griz - the Stainless Steel Rat - to wage his own kind of guerrilla campaign against the grey men of Cliaand and their leader, the indomitable Kraj. But then the Rat was aided by a band of liberated Amazons and his own beloved, murderous Angelina...and they had to swing the odds in his favour.

Next title
06: The Stainless Steel Rat Saves The World