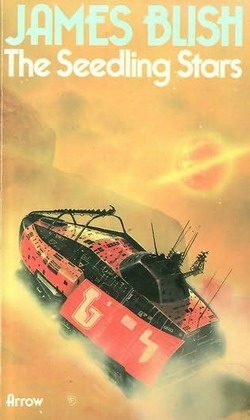 Collection no. in the Series: Pantropy

The Seedling Stars is a collection of science fiction short stories by James Blish. It was first published by Gnome Press in 1957 in an edition of 5,000 copies. The stories all concern adapting humans to alien environments. The stories all originally appeared in the magazines Fantasy and Science Fiction, If, Super Science Stories and Galaxy Science Fiction.