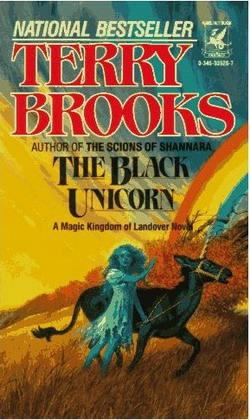 novel no. 02 in the Series:The Magic Kingdom of Landover

A year has passed since Ben Holiday bought the Magic Kingdom and claimed the throne despite the machinations of the wizard Meeks. Three loyal friends had come to his aid: the incompetent Court Wizard, Questor Thews; the court scribe, Abernathy, a talking dog; and the lovely willow, who was sometimes a tree.

Now Ben dreamt of a former partner, Miles Bennett, in grave trouble. But when he returned to Earth, Miles was in the best of spirits. His home-coming to Landover was shattered by the disappearance of Willow and the partial destruction of Questor's books of magic. Not only that, no one seemed to recognise Ben himself. And Meeks had taken on Ben's appearance, and the role of king. Ben Holiday and his kingdom were in deep trouble.