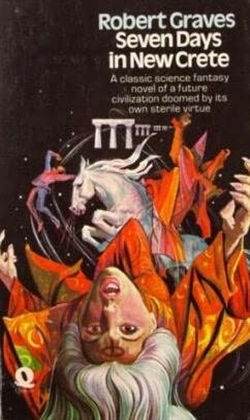 Edward Venn-Thomas lives in the twentieth century but has been mysteriously transported to the future, and the apparently idyllic society of New Create, where there is no hunger, no war and no dissatisfaction. However Venn-Thomas is starting to find life among the New Cretans rather dull. He comes to realize that their perfect existence, inspired by the poets and magicians of their strange occultic religion, lacks one fundamental thing - evil. So Venn-Thomas sees it as nothing less than his duty to introduce them to the darker side of life. First published in 1949 and also known as Watch the North Wind Rise, Graves's novel is a thrilling blend of utopian fantasy, science fiction and mythology.