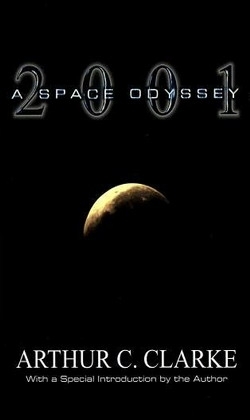 Novel no. 01 in the Series: Space Odyssey

On the moon an enigma is uncovered. So great are the implications of the discovery that, for the first time, men are sent out deep into the solar system. But before they can reach their destination, things begin to go wrong. Horribly wrong.

Produced as both a film and book, both projects are partially based on Clarke's short stories The Sentinel, written in 1948 as an entry in a BBC short story competition, and Encounter in the Dawn, published in 1953 in the magazine Amazing Stories

This title has been broadcast / distributed for Film/TV - see 2001: A Space Odyssey (also see IMDB)