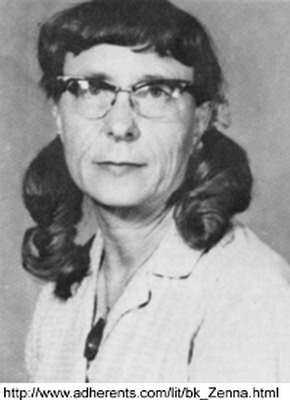 Zenna Chlarson Henderson (November 1, 1917 – May 11, 1983) was an American elementary school teacher and science fiction and fantasy author. Her first story was published in The Magazine of Fantasy & Science Fiction in 1951. Her work is cited as pre-feminist, often featuring middle-aged women, children, and their relationships, but with stereotyped gender roles. Many of her stories center around humanoid aliens called "The People" who have special powers. Henderson was nominated for a Hugo Award in 1959 for her novelette "Captivity." Science fiction authors Lois McMaster Bujold, Orson Scott Card, Connie Willis, and Kathy Tyers have cited her as an influence on their work.