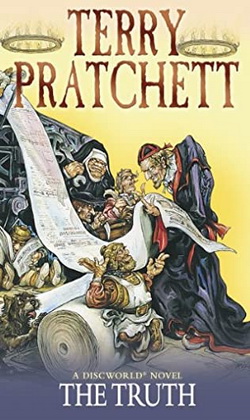 novel no. 25 in the Series: Discworld

William de Worde is the accidental editor of the Discworld's first newspaper.

Next title
26: Thief Of Time