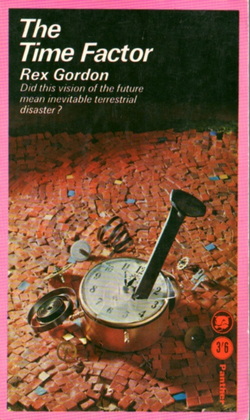 If you take a photograph of a future planetary catastrophe, does it mean that the disaster is coming inexorably?

The cavern of time was first seen in a photograph taken in the course of experiments with a synchrotron that had developed unexpected symptoms and was barely in control. The identification of the skeleton in the picture as one of the operators of the giant electronic machine led to questions of who, and what and where. But it was the world outside the cavern that roused the interest of the intelligence agencies and led to the sudden switch of the astronaut Judgen to a role more hazardous than any even he had imagined.