The Masterharper of Pern 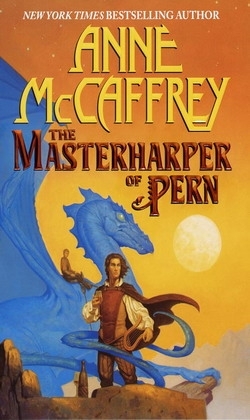 novel no. 16 in the Series: Dragonriders of Pern

Robinton was rejected by his jealous father, Petiron, and spent most of his childhood with his nurturing mother. Since Robinton grew up in a very musically-inclined setting, all the inhabitants helped bring him along in his journey to adulthood. Robinton composed many successful songs at a very early age and was unanimously elected Masterharper, also at a relatively young age. He tried to warn the Lord Holders of the rapacity of Lord Fax, but was unsuccessful. He was present when Lessa used her wit to provoke the duel in which Lord Fax was killed by F'lar; she had been in disguise as a drudge.

Next title
17: The Skies of Pern