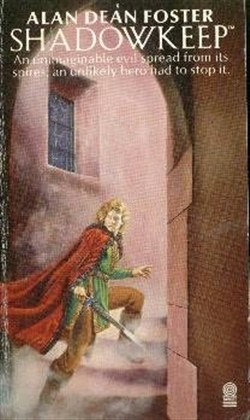 They called it Shadowkeep. Its evil had blasted the land and plunged it into darkness. Its malice had ravaged the countryside wiht foul creatures of the night that ventured forth from its walls. the bastion of one sorcerers powerful magic. Shadowkeep was an abode of death that had stood longer than anyone could dare to remember and few dared to challenge

Now a new hero descends into the dreaded valley of the keep. Summoned by the cloaked and ghostly spinner, he is Practer Fime, an apprentice blacksmith eager for adventure. But young Practer soon learns he must do more than carry a big sword and shout orders. to free his land, he must find the key toan ancient enchantment and conquer the castle from which no man has ever returned.

Based on game produced by Spinnaker Software for the PET and TRS80 computers (later for Apple Mac).