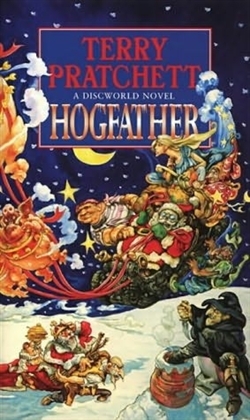 novel no. 20 in the Series: Discworld

It's the night before Hogswatch. And it's too quiet.

There's snow, there're robins, there're trees covered with decorations, but there's a notable lack of the big fat man who delivers the toys . . .

Susan the governess has got to find him before morning, otherwise the sun won't rise. And unfortunately her only helpers are a raven with an eyeball fixation, the Death of Rats and an oh god of hangovers.

Worse still, "someone" is coming down the chimney. This time he's carrying a sack instead of a scythe, but there's something regrettably familiar . . .

It's true what they say.

Next title
05: Thief Of Time