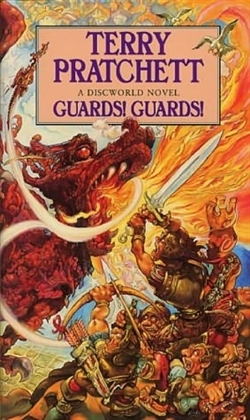 novel no. 08 in the Series: Discworld

Insurrection is in the air in the city of Ankh-Morpork. The Haves and Have-Nots are about to fall out all over again.

Captain Sam Vimes of the city’s ramshackle Night Watch is used to this. It’s enough to drive a man to drink. Well, to drink more. But this time, something is different – the Have-Nots have found the key to a dormant, lethal weapon that even they don’t fully understand, and they’re about to unleash a campaign of terror on the city.

Time for Captain Vimes to sober up.