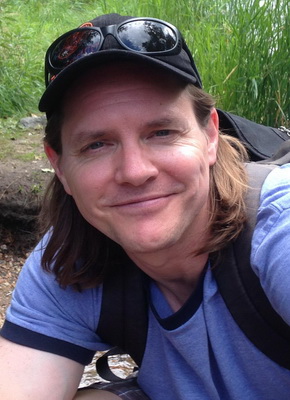 Todd Fahnestock is the bestselling author of The Wishing World, Fairmist, and Wildmane.

He was born in Culver City, California, the middle child of a sign painter and a New Age mom. His father has a Herculean work ethic, and his mother is magic. She taught him that perspective changes a person’s world, which is why he writes stories about heroes and hope.

A true Gen Xer, Todd navigated his parents’ divorce and subsequent poverty when he was fourteen, leaping into a series of adventures that would shape him into a writer.

Jumping from job to job, he hitchhiked across the country. He has been a Price Club cashier in Long Beach, a video arcade attendant in Durango, and an investment banking Powerpoint operator in New York City. He has waited tables in Colorado Springs, hung safety cables for crack-inspection teams inside oil tankers in Portland, and helped raise millions of dollars for diabetes nonprofits in Denver.

While attending The Colorado College in 1993, Todd published his first two short stories in TSR’s Dragonlance anthologies. In 1997, he began writing with Giles Carwyn, published another couple of short stories and won the New York Books for the Teen Age award for True Love (Or the Many Brides of Prince Charming). In 2006, Todd and Giles began The Heartstone Trilogy under HarperCollins’ Eos imprint, completing it in 2008.