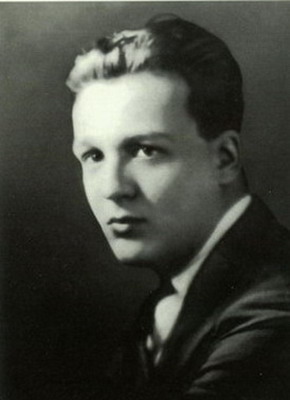 Stanley Grauman Weinbaum (April 4, 1902 – December 14, 1935) was an American science fiction writer. His first story, "A Martian Odyssey", was published to great acclaim in July 1934; the alien Tweel was arguably the first character to satisfy John W. Campbell's challenge: "Write me a creature who thinks as well as a man, or better than a man, but not like a man." Weinbaum wrote more short stories and a few novels, but died from lung cancer less than a year and a half later.

A sadly short-lived, but a person who in my opinion was a milestone in Science Fiction terms. I don't believe that anyone else has truly created a character that is ALIEN! - Webmaster