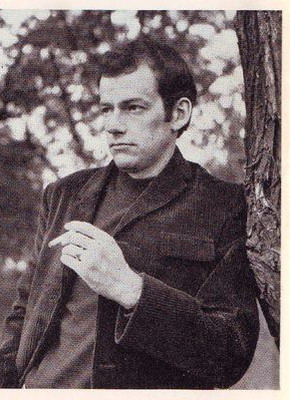 Peter Alexander Haining was a British journalist, author and anthologist who lived and worked in Suffolk. Born in Enfield, Middlesex, he began his career as a reporter in Essex and then moved to London where he worked on a trade magazine before joining the publishing house of New English Library.

Haining achieved the position of Editorial Director before becoming a full time writer in the early Seventies. He edited a large number of anthologies, predominantly of horror and fantasy short stories, wrote non-fiction books on a variety of topics from the Channel Tunnel to Sweeney Todd and also used the pen names "Ric Alexander" and "Richard Peyton" on a number of crime story anthologies. In the Seventies he wrote three novels, including The Hero (1973), which was optioned for filming.

He wrote several reference books on Doctor Who, including the 21st anniversary special Doctor Who: A Celebration Two Decades Through Time and Space (1983), and also wrote the definitive study of Sherlock Holmes on the screen, The Television Sherlock Holmes (1991) and several other television tie-ins featuring famous literary characters, including Maigret, Poirot and James Bond. Peter Haining's most recent project was a series of World War Two stories based on extensive research and personal interviews: The Jail That Went To Sea (2003), The Mystery of Rommel's Gold (2004), Where The Eagle Landed (2004), The Chianti Raiders (2005) and The Banzai Hunters (2007).