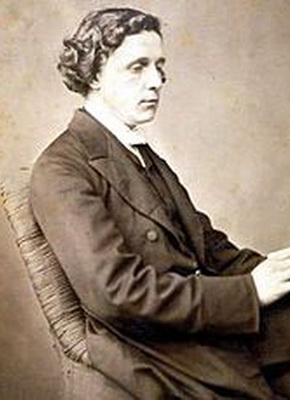 Charles Lutwidge Dodgson (27 January 1832 – 14 January 1898), better known by his pen name Lewis Carroll, was an English writer of children's fiction, notably Alice's Adventures in Wonderland and its sequel Through the Looking-Glass. He was noted for his facility at word play, logic, and fantasy.