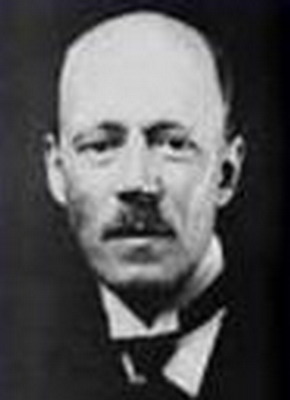 Eric Rücker Eddison (24 November - 18 August 1882-1945) was a civil servant, Norse scholar and author of heroic fantasy. His career as a civil servant spanned 32 years and was distinguished by the award of two honours. In his free time, he studied Old Norse, wrote and translated Icelandic sagas, and produced four remarkable fantasy novels.

It is for his fantasy works that he will be remembered. C S Lewis described The Worm Ouroboros [in a Jacobean pastiche] as ‘the most noble and ioyous book I have read these ten yeres’, and J R R Tolkien called Eddison, ‘the greatest and most convincing writer of ‘invented worlds’ that I have read’. The novels are all linked by the imaginary world of Mercury and by the character of Edward Lessingham. They are works of action, adventure and intrigue, written in a rich vocabulary which abounds in description but never seems verbose. ‘Those who care for it at all, will not merely enjoy it but revel in it’, wrote Mary Agnes Hamilton in her contemporary review of The Worm Ouroboros (Time and Tide, 12 Jan 1923).