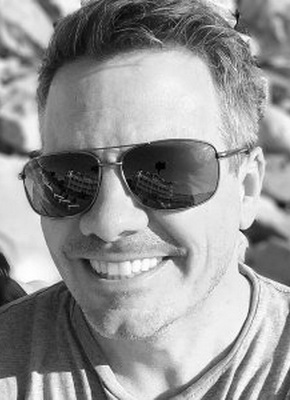 After reading an editorial claiming Dungeons and Dragons drove kids to worship dark forces in the sewers, C.M. Carney’s mother immediately bought the game for him. He was ten, and strangely he never ventured into the sewers, mostly because he finds sewers wet, stinky, and creepy. But he did become obsessed with reading, writing, and playing all things fantasy and science fiction.

After spending nearly two decades working as a creative executive for an animation and SFX studio, C.M. Carney decided to pursue his lifelong dream of creating his own universe(s). Since then he has published four novels, one novella, and one short story, with many, many more to come.

He writes sci-fi, fantasy, and LitRPG that run the gamut from epic to humorous. His first novel Barrow King – The Realms Book One exploded onto the LitRPG scene in February 2018, becoming an instant bestseller. Since then he’s published four more books in The Realms, each one hitting Bestseller status, with many more to come.